Hasland Gala Royalty are all local children who represent the village of Hasland nr Chesterfield in Derbyshire. They take part in events all over the county which are called Carnivals and Court of Queens, along with the other Derbyshire Carnival Royalty who represent their own town / village / charity.

Hasland has an annual Gala Day, normally held on the second Sunday in June, which is organised by The Friends of Eastwood Park Committee. At this event the chosen local children are crowned by the Mayor & Mayoress of Chesterfield to represent Hasland for 12 months as the Gala Royalty.

For more information and details re. the royalty, please find us on Facebook under: 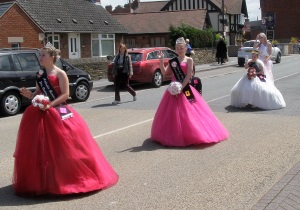 What a wonderful day we had in our beautiful park. Despite the breezy conditions the event was well supported. The Street Parade, so well organised by the Royalty Team of Claire, Drew and Craig attracted many floats. The Chesterfield Musketeers Showband led the way through Hasland to the delight of the watching crowds. In the park the crowds were entertained by Carlo, with his magic and Punch and Judy shows. Alan and Chan Brown, played the organ outside the hall while the Daisy Belles put on excellent sing-a-long performances too. The hall was full of splendid stalls and an excellent Heritage Display, mounted by Margaret Hartshorne. The Fire and Rescue service were represented by Green Watch. There was a climbing wall, displays by the Canal Trust, Air Cadets and Chesterfield College as well as many traders and community groups selling a wide variety of crafts. Gill Dixon, sponsored by Oscar Dog Food, organised a fun Dog Show. Grassland Hasmoor – Big Local was in attendance to spread the news about the £1 000 000 awarded to Hasland and Grassmoor to spend on projects in the community run by the community. The crowning glory of this Gala Day was the grand opening of the newly completed skate/wheels park by the Mayor of Chesterfield Cllr. Maureen Davenport. This much longed for facility was funded by Viridor Credits and Grassland Hasmoor – Big Local. Funding from Celebrate was used to provide a steel pans workshop for all to try their hand, a face painter and refreshments. The Friends of Eastwood Park, Hasland would like to thank all our sponsors; Grassland Hasmoor – Big Local; Cllr. Dave Allen; the many local traders who sponsor the publicity; the participants who attended with their crafts and games and Chesterfield Borough Council for its continued support. It was a truly great community day out. 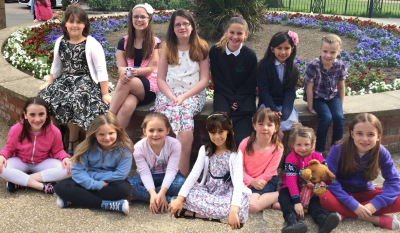 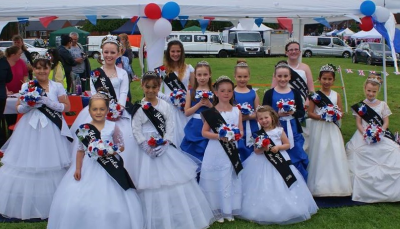 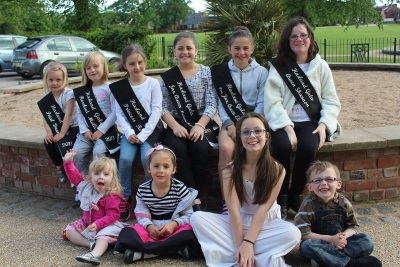 2014 was a great year for us as not only did we receive another entry from a girl wanting to be Gala Queen, we also managed to finally get a little boy involved as a Pageboy and a couple of young girls as Attendants to form a full Retinue to the Gala Queen.

For 2015 we would love to get more children involved as Attendants and Pageboys if we are again lucky enough to get a Gala Queen. 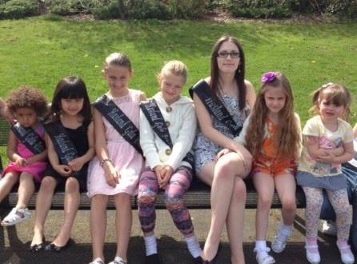 In 2013 we were lucky enough to have a young lady come forward wanting to be Gala Queen. This was the first entry we had received for the title in 3 years and we were very glad of this as we were able to have some little girls join in as Attendants.

2012 was a great year for us as we had double the amount of children and more come forward to take part than we had received previously. As we didn’t receive an entry for Gala Queen, we were unable to ask any of the children to be Attendants. We therefore had lots of additional titles like Personality to make sure everyone got to take part equally.

In 2011 we have 3 new girls wish to enter to be part of the Hasland Gala Royalty. Unfortunately we didn’t have an entry from a girl wishing to be Queen. However the Junior Queen, Princess and Petal we had represented the village very well.

2011 was also a great year because our 2010 Princess Shannon Winters was given the honour of being chosen as the Princess of Derbyshire for 2011/12. 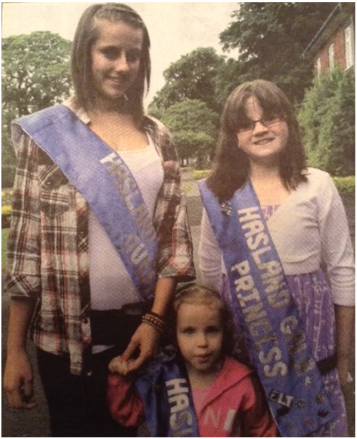 2010 was the year in which we re-introduced Carnival Royalty to the annual Gala held in Hasland. Getting 3 girls to take part was a great start and we were very proud of them being Hasland’s first royal family in nearly 20 years.