History of the Park:

From  the site documents of Chesterfield Council it is stated that the Park was likely to have been part of the estate based around nearby Hasland Hall.

There is evidence of ridge and furrow can be found in the southwestern corner of the park possibly indicating that the area was once part of an open field system prior to its enclosure as part of Hasland Estate.

1912, during a monthly Council meeting, a letter from Alderman Eastwood to the then Mayor was read out asking the council to accept Hasland House and adjoning 15 acres in memory of his late father and that as a public parkor recreaction ground under the Public Health Acts.

He also sets out the following conditions:

1. That it should be called Hasland Park (the council voted to change this to Eastwood Park in honour of his generous gift).

2. That for a period of 5 years no public money to be spent on it excepy for fencing.

3. House to become whatever the Council wished - libary, public insitute etc, "...only stipulate that no licence for the sale of  intoxicants should be attached to it..."

4. Give up a strip of land to widen Mansfield Road.


5. That during the next 5 years it be placed under the charge of the Borough Surveyor for his supervision.

The purchase of Hasland House and grounds was completed on 24 June 1912 at a cost of £3,500 and was conveyed direct to the Coroporation.

One of the main features to be introduced into the park was a large water fountain donated by Alderman Markham, which was previously stood in the grounds of Ringwood Hall, the family residence. 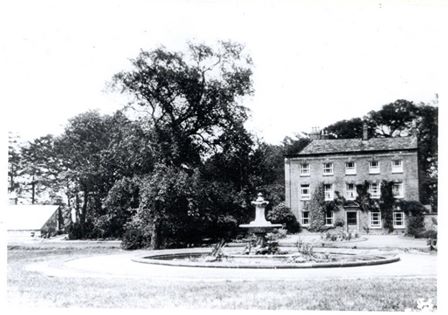 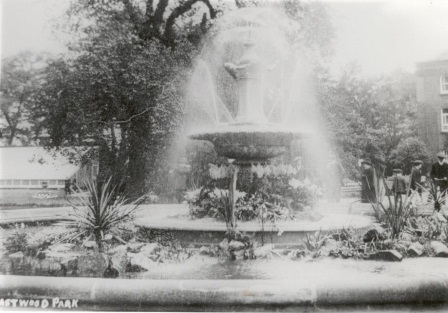 After leaving Ringwood Hall it was in the Bowling Green in Chesterfield. There seems to be some upmanship going on between Markham and Eastwood at this time with both of these two local industrials making a generous gifts to the town.

On the day of the grand opening of the park, (Wednesday 2 July 1913)  celerations began with a special meeting at the Town Hall. The gates to the park were officially opened by Alderman Eastwood's Niece. 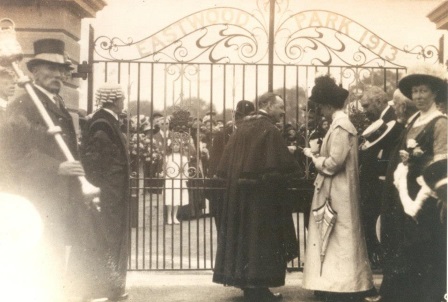 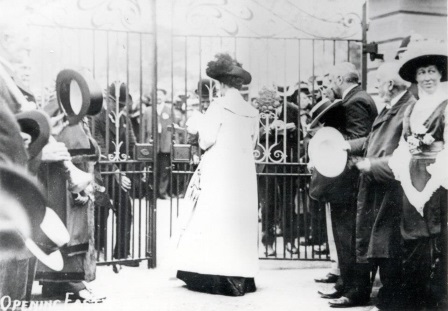 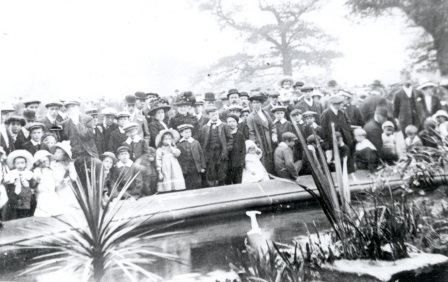 A view of the crowd standing by the fountain at the opening of Eastwood Park. We think that the mother of the little girl in the middle wouldn't be too pleased when she saw her daughter recorded for prosperity sucking her thumb! 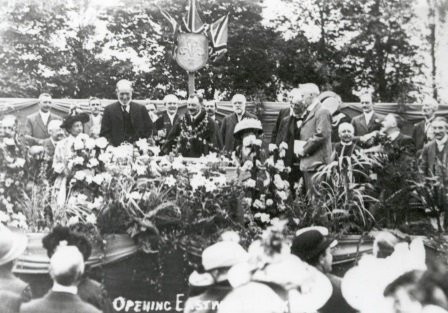